Our hotel is located on the Santa Susanna beachfront, a privileged place for an ideal holiday: Quiet area for relaxation and close to leisure areas for the more active. In this section, we show you some of the places that are well worth visiting, as its location (North Coast of Barcelona) is close to Blanes, Mataró, Girona.

Very interesting places to visit for everyone! 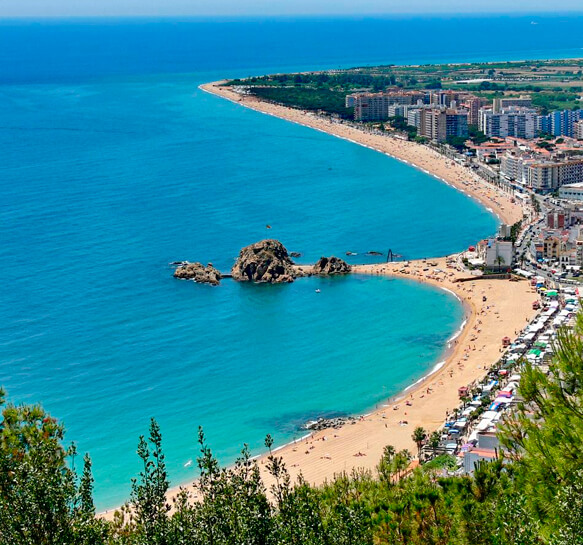 It is the first village of the Costa Brava and the largest on the coast, in fact, it is also called "the portal of the Costa Brava". Considered one of the most touristic municipalities in Catalonia. Among many other places, you can visit:

Manimurtra Botanical Gardens (Blanes)  Considered as THE BEST Mediterranean botanical garden in Europe, with about 16 hectares in extension. It is in the Blanes municipality, province of Girona, community of Catalonia. You will find it in the mountains and it has incredible views over the Mediterranean Sea. The garden is home to about 4000 plant species in which the purpose is to study, teach and carry out botanical research that along with its presentation, presents added aesthetic values and landscapes.

Castillo de San Juan: In the Blanes municipality, this historic monument is situated specifically in the Selva region. Although the tower goes back to Charles I, there is no doubt that in previous times it was a fortification. The watch tower is from the 16th century as the buccaneers and Barbary pirates of the Mediterranean demanded a taller tower to oversee the area and detect possible marauders.Nowadays, it has become a spectacular viewpoint from which one can admire Blanes in its entirety and part of the coast.

It goes back to Roman times, as evidenced by the Roman Villa of Can Llauder, dating back to the first century BC. It should be noted that Mataró not only had the first railway line in Spain, around 1848, but in July 1969 the second toll road and the first motorway of this type in Spain (Barcelona-Montgat-Mataró) was inaugurated. Places of interest:

Puerto de Mataró:Although there are many hypotheses about this, the most reliable is that there was no Roman port in Mataró. When people speak of a port, it refers to the set of rocks that are parallel to the coast and that run along the Sant Simó river, towards the front of Sant Antoni Street. In times when maritime and commercial activities went hand in hand, it became necessary to build a port as well as considering the confrontations between sailors and fishermen so as occupy the best areas of the beach.

The Basilica of Santa Maria :In the Plaza de Santa María, one of the most important and emblematic basilicas of Catalonia is found. Built from 1675 to replace the old Gothic church of which only the foundations of the bell tower remain. Before this, there was a Romanesque church dating back to the eleventh century, and prior to the same, there was a temple of Roman origin. On the main portal of the Basilica, one encounters the impressive and monumental organ, of 1927. 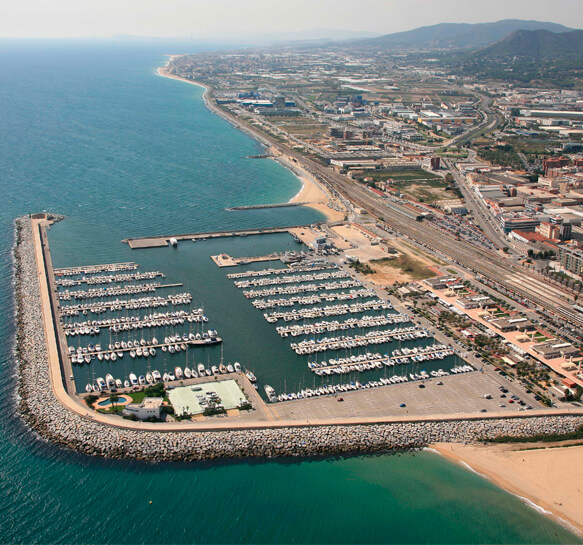 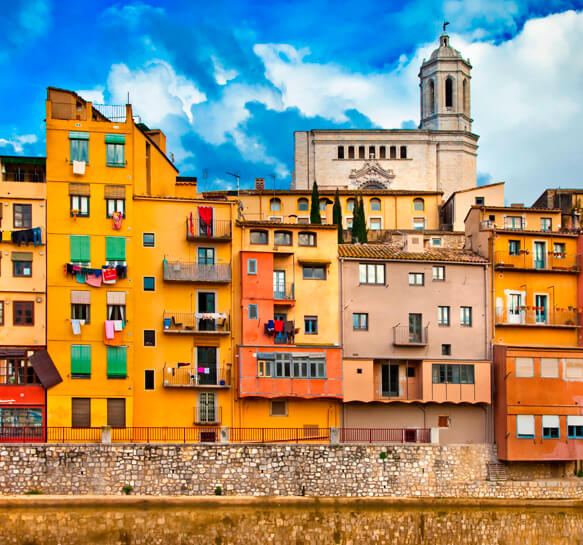 The old town of Girona boasts an important artistic heritage. You can stroll through its well preserved medieval streets, visit the cathedral, view the incredible quaint pastel houses along the river, enjoy the Passeig de la Muralla and the beautiful lookout over the city.

Valle de Núria:In the Pyrenees of Girona you will be amazed at the number of things to discover and enjoy. The Núria Valley is one of them. With a landscape that resembles the shape of a pot (admired by hikers) with mountains that reach 3,000 mts and that protect this place of great beauty. Its sanctuary, which rises in front of a lake, has been place of pilgrimage since the 12th century. Ideal for relaxing and enjoying its renowned ski slope.

La Rambla de La Libertad:It is a tree-lined promenade full of lime trees, the most crowded and emblematic public place of Girona. Its name honours the tree of freedom that was planted in 1869, additionally it preserves part of the medieval portico and some of the palaces of the same period at present, the Rambla of Freedom is the entry point to the old neighbourhood for tourists who come to the city as well as a place for all for a relaxing stroll.

Let us analyze the use of the web to improve performance.

The use outside companies to publish ads relevant to their interests.

It is required for the proper functioning of the web.